Home / Zachary Yost /Why Freedom of Association Is So Important

Why Freedom of Association Is So Important 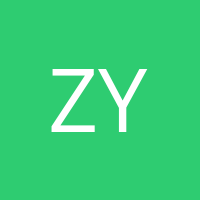 by
Zachary Yost
My articles My books
Follow on:
Summary:
If one were to come up with a word cloud for the year 2020, among the largest words, such as “awful” and “disaster” one would most assuredly find the word “lonely.” Thanks to the convenient excuse of covid, numerous state governments instituted a regime of veritable house arrest for their citizens. Streets were deserted, stores empty, churches ...

If one were to come up with a word cloud for the year 2020, among the largest words, such as “awful” and “disaster” one would most assuredly find the word “lonely.” Thanks to the convenient excuse of covid, numerous state governments instituted a regime of veritable house arrest for their citizens. Streets were deserted, stores empty, churches closed by government decree. Restaurants and bars usually filled to the brim with happy chatting people were instead filled with an eerie silence, punctuated, perhaps, only by the muffled cries of proprietors lamenting their imminent bankruptcy. While in most places the “social distancing” has lessened in its severity, there are still many hindrances to what would be considered normal social existence, as the horror stories coming out of colleges and schools demonstrate all too clearly. Sadly, but not unexpectedly, the Centers for Disease Control and Prevention reports a widespread increase in anxiety, depression, substance abuse, and suicidal ideation among the population. Young people have been especially hard hit, with over 25 percent of those ages 18–24 experiencing suicidal ideation.

None of this is surprising. In the words of Aristotle, “man is a social animal,” after all. Under such circumstances, the recent publication of the book Why Associations Matter: The Case for First Amendment Pluralism by Professor Luke Sheahan at Duquesne University could hardly be more timely and needed. In this short and easy-to-follow, yet thorough, work, Sheahan guides the reader through not only a crash course in why the right of free association is necessary for human life and liberty but also through the current state of First Amendment jurisprudence on the subject and a potential legal theory under which the right to association could be operationalized in the courts.

Sheahan opens the book with a short example of freedom of association under attack from the Harry Potter series, specifically the way in which the Ministry of Magic, having effectively nationalized and taken over Hogwarts, banned any groups and gatherings not sanctioned by the authorities at the school. Sheahan asks “What is it about an alternative source of authority, even one as mild as an independent student group, that rankles the ministry?” Tyrants, in whatever form they take, inevitably hate and work to destroy private associations. Such associations are outside of their control and are an alternative pole of allegiance, and therefore must be eliminated.

Such an obvious attack on an essential liberty might seem fanciful to Harry Potter fans, Sheahan notes, but unfortunately, due to recent Supreme Court jurisprudence, such an attack bears an uncomfortable resemblance in some respects to the world we actually inhabit now.

The villain Sheahan points to is not He Who Must Not Be Named, but rather the 2010 Supreme Court case Christian Legal Society vs. Martinez, a case dealing with whether or not a student group was allowed to require voting members and leadership to agree to a statement of faith. Sheahan heralds this case as the point at which the Supreme Court fully erased the freedom of association from legal precedent. He meticulously traces out the way in which First Amendment jurisprudence on the issue has evolved leading up to the Martinez decision. He identifies a trend of freedom of association coming to be recognized only in the context of the freedom of expression, which he identifies as the First Amendment dichotomy.

This evolution culminates in the aforementioned case, in which, in Sheahan’s words, the court “only considered First Amendment rights in terms of speech. This maneuver by the Court effectively removes the freedom of association from First Amendment protection. To sum up: a public forum, governed by the First Amendment and created by a public university for the express purpose of allowing groups to form, was not required by the Supreme Court to protect freedom of associations for groups that formed there.”

If Christian Legal Society vs. Martinez is central to the legal aspect of Sheahan’s argument, the works of the sociologist Robert Nisbet serve as the underlying foundation for the sociological and political understanding of association that explains why freedom of association is so important in the first place. Sheahan provides a chapter-length summary of many of Nisbet’s key points regarding the sociology of groups and social pluralism that establishes a “theory of the social” that serves as the foundation for the rest of the book. Even standing alone this section is a valuable introductory resource on Nisbet’s work and would be beneficial for readers who are not yet familiar with his strong critiques of the centralizing state.

Having laid out a theory of the social that contextualizes just why the freedom to associate is necessary for human life itself and demonstrated that such freedom is clearly under threat under the prevailing legal doctrine, Sheahan turns to explicating an alternative legal doctrine to the First Amendment dichotomy, which he calls First Amendment pluralism.

Sheahan argues that courts must recognize that expressive association, while important, is not the only aspect of association that must be protected. The First Amendment guarantees the right to assemble, but people assemble for far more than to exercise free speech. Every group has some kind of function and develops dogmas to help achieve that end. If the legal system only protects groups when they are engaged in free expression and does not protect their functional integrity, meaning their ability to wield authority within the group itself that preserves the end for which the group exists, the system has left the existential core of the group defenseless.

Having worked through what First Amendment pluralism would look like, Sheahan proposes a judicial test that he calls the functional autonomy test as a method of operation and also suggests a draft piece of legislation modeled on the 1993 Religious Freedom Restoration Act that could serve as a legislative basis for the principle.

In this short book, Sheahan explores many of the facets of the sociology of groups and interprets them into the legal and judicial sphere in a manner that any reasonably informed layperson should find easy to understand. He does so with thoroughness for both his own ideas and alternative interpretations and proposals. His evenhandedness is especially on display when addressing the thorny issue of freedom of association as it relates to groups that desire to restrict membership based on race and how they should be considered, both sociologically and legally. Laypeople, as well as those pursuing or interested in pursuing a legal career, will likely find the book to be a most edifying and worthwhile read.

My articlesMy books
Follow on:
Previous The Evidence Keeps Piling up: Lockdowns Don’t Work
Next The Fed’s New Policy Risks a Return of the 1970s