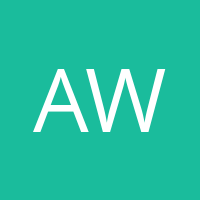 by
Adam Williams
My articles My books
Follow on:
Summary:
The bottom lines in a very competitive business are threatened. By Adam H. Williams, Senior Associate at E911-LBS, LBSglobe.com, for WOLF STREET: Expected in 2020 is the release of 9th generation of video game consoles, and trade war concerns are affecting console as well as PC manufacturing in a big way. Currently over 96% of console production takes place in China – but with new 25% tariffs, confusion around if these will apply to game technology, and the possibility of additional issues are driving game corporations to diversify their assembly outside of mainland China, possibly leading a larger exodus of manufacturers. Console Manufacturing                                                         PC and Consoles are the bread and butter for gaming platforms of choice. Consoles

The bottom lines in a very competitive business are threatened.

Expected in 2020 is the release of 9th generation of video game consoles, and trade war concerns are affecting console as well as PC manufacturing in a big way. Currently over 96% of console production takes place in China – but with new 25% tariffs, confusion around if these will apply to game technology, and the possibility of additional issues are driving game corporations to diversify their assembly outside of mainland China, possibly leading a larger exodus of manufacturers.

PC and Consoles are the bread and butter for gaming platforms of choice. Consoles tend to be loss leaders or break-even products for producers; Sony, Microsoft and Nintendo have been known to make little if any profit off hardware, requiring large investments in R&D and production, and a return on a per-unit basis takes years.

Console economics is about market share, becoming that generation’s platform of choice, and making the money off of games and licensing agreements. Lately these consoles have diversified into live services which are quite profitable.

The trade war couldn’t have come at a more significant time, as 8th generation consoles (PS4, Xbox One, WiiU/Switch) are all nearing cycle end. Most watchers think 2020 will be the year of new consoles – meaning, to make these tens of millions of high powered computing machines, supply lines need to be defined, resources procured, assembly lines built, and products boxed and shipped all on tight schedules with the highest quality – all at the right price.

The big players have all sent a letter to the Office of the US Trade Representative, requesting exemption from tariffs. Manufacturers recognize that tariffs would not only apply to new systems but all systems, with legacy systems often continuing production for several years – thus providing tariffs with multiple pain points.  However, with recent news that Apple will not be given trade tariff waivers, it seems unlikely exemption will be granted to the industry.

Price, Quality, and Game Catalog are the main factors in console purchase. And manufacturers, looking at the 25%+ tariff, are faced with a serious dilemma on price: Either taking a (bigger) loss or passing it to consumers. With expected prices between $300 and $500+, plus regular tax, accessories and games, these are serious investments to the typical buyer, easily to the tune of a $1,000 initial purchase.

In their letter to the Office of the US Trade Representative, manufacturers estimated the yearly impact at $840 million. This estimate was derived from a Consumer Technology Association report, which found that the 25% tariff would result in 19% increase in consumer price, reflecting just how dependent the sector is on China. This is $56 dollars, per console, assuming an average console price of $294. This price is low when compared to expected 9th gen console prices, suggesting the 25% tariff would result in over $1 billion USD per year as long as the tariff is in place, particularly in 2020-2021 as the new cycle starts and price is most critical.

Console sales cycles last 7-10 years on average, and given that consoles are break-even at best, you’re looking at serious losses either from lost sales or per-unit loss to the bottom-line as long as tariffs are in force. For perspective, about half of all consoles are sold in the US, and 8th Gen US sales were over $40 billion in sales, so at 19% potentially upwards of $7 billion in additional cost for the total cycle would occur if tariffs were to become permanent. Consoles are also often subject to additional tax and export controls due to high performance and potential military applications.

Thus companies are making moves, and Nintendo is leading the way, setting precedent by announcing moving 30% of production of the Switch to Vietnam. For Microsoft’s Xbox and Sony’s PlayStation next gen products, there is still no official word on manufacturing locale, though both companies have indicated that tariffs are an issue and are considering alternatives to China, particularly as they already need to retool anyway, and to stay in China and lose a bet on tariffs going away could cost them billions.

Meanwhile, Google and Amazon both have new forays into the game space, and are likely rumored to be looking at places not Mainland China. Console competition is high – with new entrants trying their hand at gaming, they need to be cost wary:

It’s not just these majors – there are a slew of third-party manufacturers – for controllers, accessories, games and more, all built around next gen hardware, and all likely reconsidering their options.

Production outside of China would have been unthinkable to most corporate boards 10 years ago. Even if Trump expands his trade war to other locales; currency and labor costs may still be sufficient motivation to move production. As is, the threat of tariffs should weigh heavy on any console manufacturer’s strategic plans.

Taiwan (Foxconn), Vietnam (Nintendo), and Thailand (Microsoft, HP) all seem to be popular, with some looking at Indonesia (Microsoft) and India (Apple) as well. Each company seems to have a country of choice, which is interesting in that no one “new” country of choice is emerging. Anywhere with a tech industry, good labor, and friendly regulations appear to work well. Reminiscent of the Asian Tigers, South East Asia stands to benefit greatly, as these new facilities will bring jobs, goods, tech and training.

I for one would imagine many SE Asia countries are trying to take advantage of the current Trade War turmoil and pushing heavily to get next-gen consoles manufactured in their country. And if they aren’t, they should be.

With Billions of Dollars on the line, and years of production jobs, the threats of tariffs to next gen systems are no joke. If corporations chose wrong, and stay in China and are hit with tariffs, rising labor costs, supply or quality issues, or just uncertainty, it may cause them to lose the cycle’s console war.

This could do some serious damage to their bottom line. Tariffs aside, with rising labor costs in China anyway, we may see gaming consoles leading the way out, towards other lower cost, politically “stable” locales with the PC and mobile market close behind. This too may lead to new markets and opportunities as the global gaming landscape continues to evolve. By Adam H. Williams, for WOLF STREET

Semiconductor sales are in the deepest plunge since the Financial Crisis. But unlike the V-shaped recovery in 2009, this one has been persistent, and there is no recovery in sight. Read…  What Plunging Global Semiconductor Sales Just Said about Autos, IT & How the Economy Reacts to Uncertainties

Enjoy reading WOLF STREET and want to support it? Using ad blockers – I totally get why – but want to support the site? You can donate “beer money.” I appreciate it immensely. Click on the beer mug to find out how: